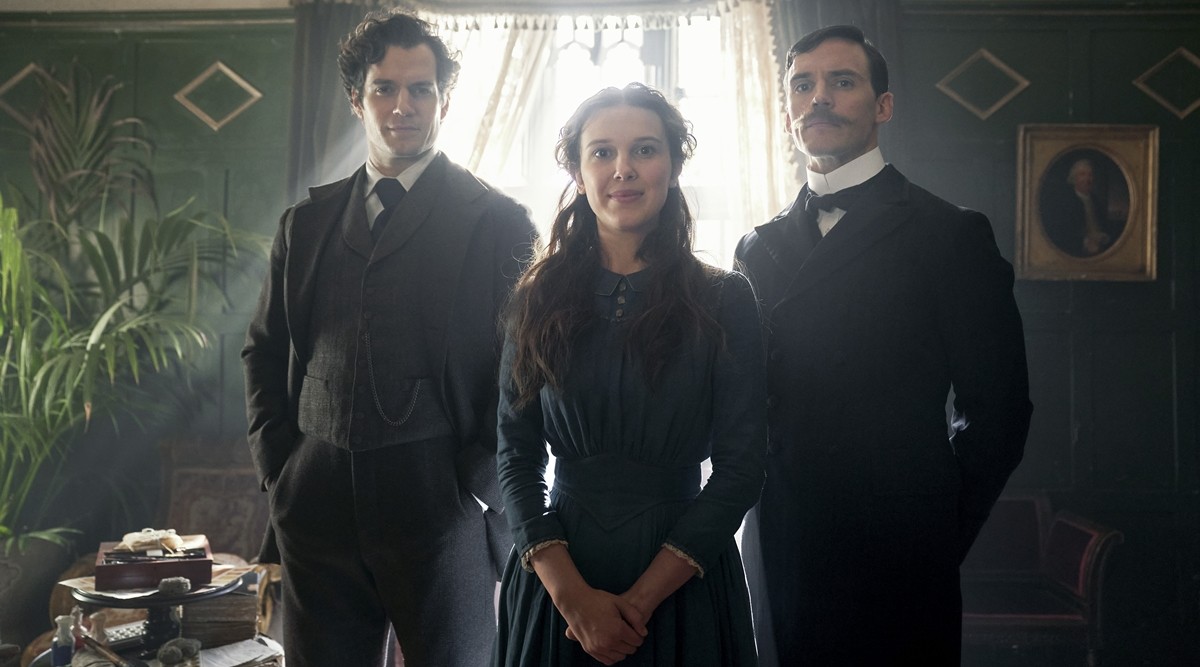 Enola Holmes is a joyous adventure, and one feels giddy with delight to be a part of it. Just maybe there should have been a bit more deduction, a tad more mystery. But perhaps this is the beginning of a franchise, and Enola is just wetting her toes. Enola Holmes movie review: There is a new Holmes in Town

Rarely a film comes long which fills you with chuckling delight, makes you sort of tizzy with its balanced pace, makes a strong political point and yet fills you with hope. Enola Holmes, which is streaming on Netflix, does all this without getting bogged down by one idea alone.

It’s 1884 and England is on the cusp of a new era, courtesy an important vote in the House of Lords, which will allow the expansion of the suffragette considerably. Interesting times, perfectly suited to introduce Enola Holmes, the little known sister of Sherlock Holmes, a detective whose deduction skills had already earned quite a reputation. Enola (Millie Bobby Brown), whose name is literally ‘alone’ spelt backwards, is an exception in 18th century England, as we learn in the very first five minutes of the film.

She doesn’t embroider, or wear hats and gloves, the horror! Instead she plays chess, practices jujutsu with her mother (Helena Bonham Carter) in an overgrown backyard and there are experiments in chemistry and tennis and archery lessons.

Her mother who has always blazed her own trail — we later come to know — makes sure that Enola follows in her footsteps. The two lead an adventurous, interesting life in Ferndell Hall, away from the world and the established elder brothers — Mycroft, a conservative government stooge and the more popular and enigmatic Sherlock, who is distant and self-absorbed.

Until, Enola wakes up a summer day to find her mother gone from the rambling house. Enter her two semi-estranged brothers, who have swooped in to salvage the situation which is replete with a wayward intrepid teen and a missing mother.

While Mycroft has plans to send away Enola to a finishing school, “to undo the damage wielded by their mother,” Enola, the intrepid teen, expert solver of ciphers, has other plans. Therein begins the cat and mouse game of Enola embarking on a mission to look for her mother, while her much elder brothers are chasing their own tails trying to keep up.

The Sherlock universe is already well populated, with the likes of Robert Downey Jr, Benedict Cumberbatch having donned the famous ear-flapped travelling cap, and who can forget Johnny Lee Miller in the Elementary with Lucy Lui as Joan Watson, upending gender in the police procedural show. House MD too was inspired by Sherlock Holmes.

With Enola Holmes, we are taken into that universe yet again, and its a pleasant surprise. We meet a Sherlock who speaks less, is happy to play second fiddle to his younger sister and is downright proud of her achievements.

The lack of a super-sized ego and arrogance took some getting used to, but that’s what David Bradbeer, the director was going for. This is where Enola Holmes goes beyond Elementary. Its all about Enola, as she gets into scrapes, breaks the fourth wall with charming alacrity — hello Fleabag, David Bardbeer directed Fleabag as well — and forges her own path.

Phoebe Waller-Bridge has inspired this trend of speaking to the audience directly, and we couldn’t be happier. Her path entwines with the young Viscount of Tweaksbury, a dashing Marquess to be, and oh, yes there is an all-important vote that will be held in the House of Lords. Enola Holmes movie review: There is a new Holmes in Town

The scenes between Enola and Sherlock — obviously he has her favour, unlike the stoogey Mycroft — are the best in the film, as he comes to recognise her as an equal and a force to be reckoned with, instead of the young smock wearing girl. Has Sherlock gone soft in his latest avatar? Well, we are not complaining.

The film makes many subtle commentaries on the state of affairs, but they blend seamlessly into the screenplay, brilliantly written by Jack Thorne, who has earlier written the stage play for Harry Potter and The Cursed Child. Feminism and the female gaze are recurring themes, but they never get in your face. In fact, the lack of a chest-thumping speech is conspicuous by its absence.

There is also a nod to ‘an idea of England’, and they could very well be talking about a post-Brexit England. Enola Holmes is a joyous adventure, and one feels giddy with delight to be a part of it. Just maybe there should have been a bit more deduction, a tad more mystery.

But perhaps this is the beginning of a franchise, and Enola is just wetting her toes. It would be quite something to see how the two Holmes square off against each other as they solve crime in 18th century London.

Enola Holmes is streaming on Netflix.