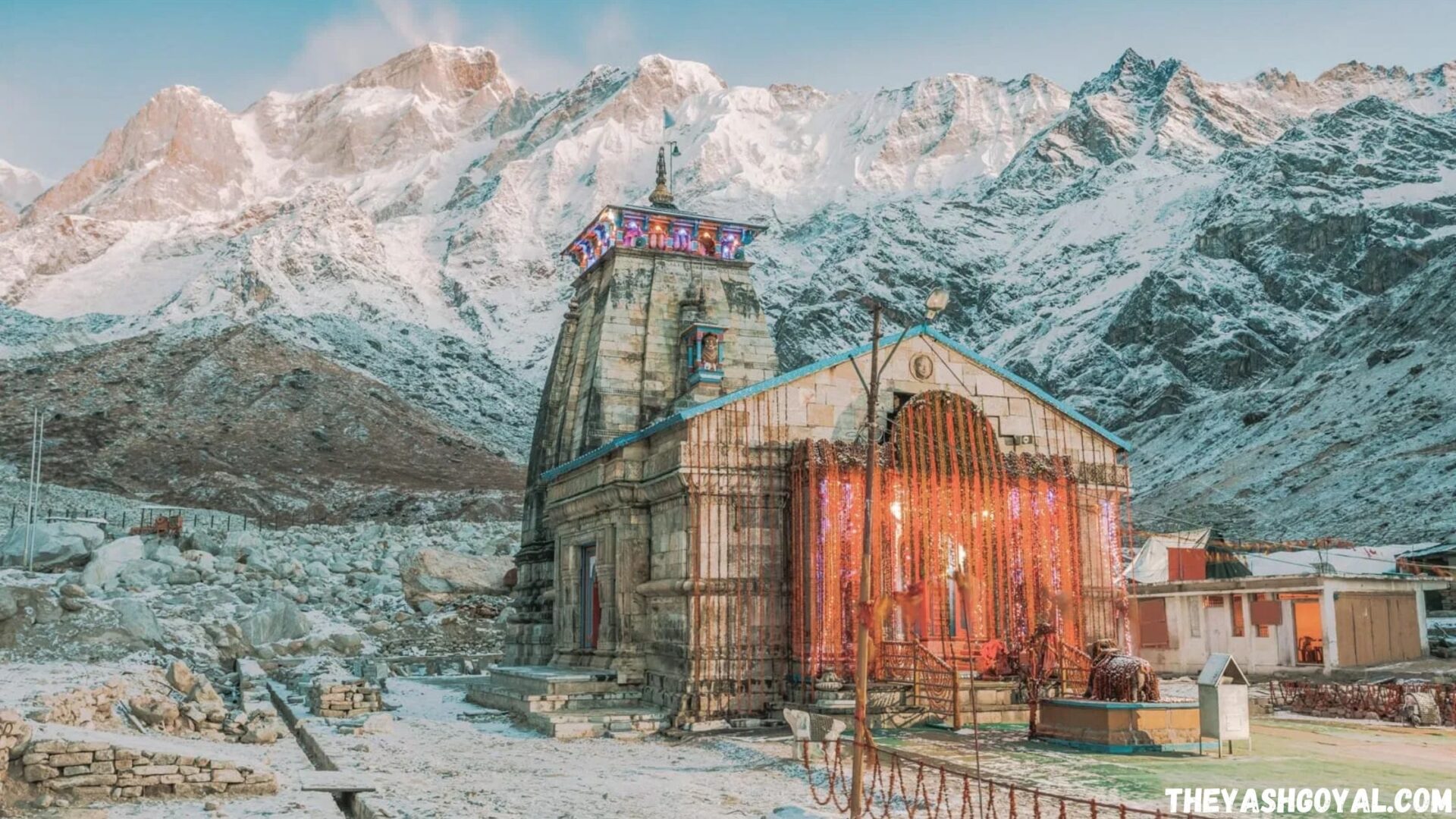 India is known for its temples – beautiful, serene places of worship – significant religious and historic landmarks.

These ancient, intricately designed and faithfully maintained places of worship are a must-visit for devotees and for all those who nurture an interest in history and architecture. Here are Nine most famous temples in India.

Located in the foothills of the mighty Himalayas in Jammu and Kashmir, Vaishno Devi is one the most important temples in India. Lakhs of devotees undertake the pilgrimage to this temple every year to pay their respects to Goddess Vaishnavi, the patron deity of this temple.

Reaching the temple requires a 12 km trek. Devotees have multiple options ranging from walking to riding a horse or even a helicopter among others to get to the top.

Known as Badri Narayan, this temple is devoted to Lord Vishnu, predominantly his twin forms of Nar and Narayan. In the 9th-century Adi Shankara found an idol of Lord Vishnu, made from the Salagrama stone in the river. The idol was first treasured near the Tapt Kund hot springs but later shifted to the Badrinath temple.

One of the most important ancient temples, it is situated on the banks of the river Alaknanda at a height of 10,170 ft in Garhwal, Uttarakhand. The Garhwal kings expanded the temple in the 17th -century. Lord Vishnu’s statue is in a contemplative posture edged by Nar and Narayan. Badrinath is a significant pilgrimage center among the Char Dhams.

The Jagannath temple in Puri, located on the eastern coast of India, is the third of the four Char Dhams.

Jagannath represents the East, which is appropriate since it looks east out over the Bay of Bengal. Here, Krishna is the god worshipped, with access to the temple only granted to Hindus, it’s not easily explored by everyone.

But don’t fret, Non-Hindu visitors can still view one of the most famous temples in India from nearby.

The Meenakshi Temple took its current, grandiose form in the 12-13th century, but it has been a place of worship for much longer than that. Located in the heart of Madurai, this sprawling temple is dedicated to Goddess Meenakshi (an incarnation of Parvati). Its wide hallways are always packed with devotees, and the three-storey gopuram or entrance tower over its gate is exceptionally iconic.

High amidst snowcapped mountains, is the ancient Kedarnath Temple in Uttarakhand. Situated at the highest elevation, Kedarnath is devoted to the protector and destroyer Lord Shiva. This extremely old temple has been frequently rebuilt over the years, and yet it offers an enchanting sight to its devotees every time.

Located on the Himalayan range, this famous Indian temple is unreachable by road, so tourists must make an 18 km trek uphill. The best time to visit is from April to November.

Called the Tirupati Balaji temple, this temple is one of the most visited temples in the world and India. It was considered the richest temple in the world until a treasure was found at the Shree Padmanabhaswamy temple in Kerala. People from all walks of life travel to Tirupati to here to wish for wealth, health, conceiving a child, or get married while others donate their time, resources for the temple. The temple receives around 50,000 visitors daily and around 40 million visitors a year.

In an area in northwestern India lies the town of Pushkar. The town itself is home to one of it’s most prized residents, its sacred lake.

Nestled next to this sacred space is one of the most famous temples in India that’s dedicated to Brahma.

Legends give different reasons as to why Vishnu and Shiva have so many temples, while Brahma has just a mere few. It’s thought because Brahma was the ‘creator’, his job has already been done, whereas Vishnu and Shiva still had plenty of work to do.

Thankfully, the temple in Pushkar is dedicated to Brahma, allowing everyone a chance to see a temple for him.

This famous temple is one of the most attractive places of worship in the holy city of Varanasi. Situated on the banks of the River Ganga, Kashi Vishwanath is dedicated to Lord Shiva. The temple is also located right next to the Dashashwamedh Ghat, arguably the most significant ghats in the area. The renowned Ganga Aarti takes place here every evening.

Another temple that’s located in the south India state of Tamil Nadu, Brihadeeshvara is an icon of the Chola Dynasty. This temple is ancient too, built way back in the period spanning 1003-1010 AD. You will also find one of the largest Shiva lingas in India within this temple.

To Book your flight tickets & hotels

Plan your holiday as airfares have a tendency to rise. Check for diverse destinations if you know the departure airport and the dates using Booking.com and Goibibo unique everywhere search option. If you are flexible about the dates for travel, then check the handy monthly view.

10 Airbnbs From Around The World That Are...