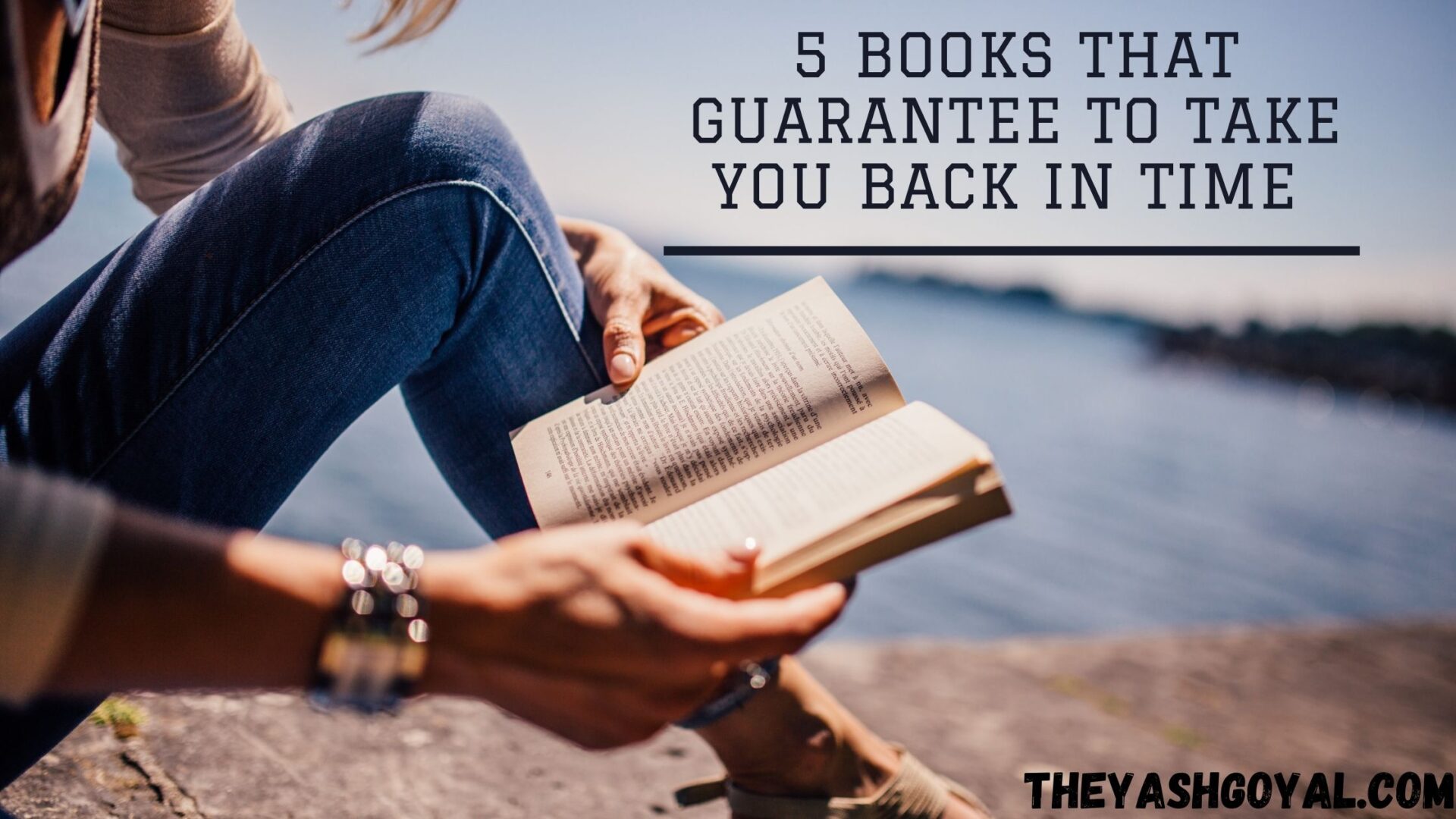 5 Books That Guarantee to Take You Back in Time

Have ancient civilisations always fascinated you? Have you ever dreamed of going back in time and living one day as an Athenian, Roman citizen? or ruling powerful empires? Well, you just came to the right place! Bellow we provide you with a list of 5 books that guarantee to take you back in time. This is only a few of the many amazing books. We assure you though that they’ll become your all time favourite, if you give them a shot!

1.Johannes Angelos or The Dark Angel by Mika Waltari

Constaninople known as the capital of the Eastern Roman Empire reigned for over 1,000 years. The jewel of the East, the heart of Christendom was considered the most glorious city of its time. With his historical novel The Dark Angel or originally Johannes Angelos, the famous Finnish writer Mika Waltari depicts vividly the last breaths of this marvellous city through the eyes of a mysterious man who returned to his birthplace to die with the city he loved. The novel takes the form of a diary where a passionate love comes to life while the world seems to arrive to an end when the ancient city of the roman Emperor Constatine falls to the hands of the Ottomans in 1453.

The Dark Angel is tragedy on a grand scale, given a poignant human face: “Heaven and earth and all their colors, the soot and the blood – all was unutterably beautiful in my sight just then, while the blank eyes of the dead around me stared into vacancy”. It is considered one of the best books on its genre and offers a thorough insight of the typical Byzantine citizen.

2.Alexander: The Child of A Dream by Valerio Massimo Manfredi

This novel tells us about the life of a man who was considered a god by his contemporaries, about his fiery dreams, about the violent passions that devoured him until they destroyed him. It tells us about his father, king Philip, who was mysteriously murdered, without ever avenging his death, about his daring courage, about outbursts of enthusiasm and catastrophic outbursts of anger for his mother Olympias, a woman capable of passionate feelings but also barbaric rage, initiated into the practices of the secret worship of Orpheus and Dionysus. 5 Books That Guarantee to Take You Back in Time

It tells us about a mountain pass, white from the snow, where one by one Alexander’s friends arrived, ready to fight and die for him, for a Greece that we have never seen before, for a culture that, although known, today seems distant and alluring.. 5 Books That Guarantee to Take You Back in Time

3.Gates of Fire by Steven Pressfield

“Go tell the Spartans, stranger passing by,
That here, obedient to their laws, we lie.”
Nearly 2,500 years ago, in 480BC, at a bleak pass in a far-flung corner of eastern Greece, three hundred Spartan warriors faced the army of Xerxes of Persia, a massive force rumoured to be over a million strong. Their orders were simple: to delay the enemy for as long as possible while the main Greek armies mobilized.
For six days the Spartans held the invaders at bay. In the final hours – their shields broken, swords and spears shattered – they fought with their bare hands before being overwhelmed. It was battle that would become synonymous with extraordinary courage, heroism and self-sacrifice: it was Thermopylae.

Anyone interested in ancient history or military fiction simply must read “Gates of Fire.” By Zeus, this is one of those books that everyone should read, regardless of what their favorite genre is. Steven Pressfield has an amazing gift for transplanting the reader into his era of choice.

480 BC The ancient Athens of democracy and philosophy is facing a huge threat. The giant Persian Empire is determined to destroy the city-symbol and conquer all of Greece. At this critical moment, a man will appear, a visionary, the only one who seems capable of taking matters into his own hands: Themistocles.

In the pages of the book unfold the events of the Median Wars, from the sweeping victory of the Athenians against the army of Darius in the Battle of Marathon to the sacrifice of the Spartans and Leonidas at Thermopylae, culminating in the Battle of Salamis, which highlighted the genius character and charismatic personality of Themistocles and put a brake on the Persian lailapa.

The shocking confrontation between Themistocles and Xerxes, in an epic novel dominated by the enigmatic figure of Artemisia, queen of Αlikarnassos, against the backdrop of the political and military scene of the time of the Median Wars. (From the presentation on the back of the book)

5.The Last of the Wine by Mary Renault

A shocking novel version of the Peloponnesian War. Athens and Sparta, two powerful city-states, trapped in a course of conflict with the prize of domination. The whole Greece, which only a few decades ago had united to stop the Persian threat, now looks divided and the winds of war threaten to tear down everything in their path. Through the eyes of the young Alexia, the offspring of a rich Athenian family, unfolds the chronicle of a bloody conflict that lasted almost thirty years and marked the end of a golden age .

The award-winning author Mary Renault brings to life one of the most shocking periods of Greek and world history in perhaps the best novel about Ancient Greece ever written. (From the presentation on the back of the book)

“The most brilliant and convincing fictional representation of antiquity” (Sunday Times)

“The best historical novel about the Ancient World together with” I am Claudius “by Robert Graves. Masterpiece.” (The New York Times Book Review)

This is the end of the list…for now!

There are thousands of wonderful historical fiction books out there for history lovers. Each respectful writer has developed a plethora of enthralling books but I decided to collect only 5 out of the best I considered worth reading as a start. I focused on ancient civilisations mainly. Well, I truly hope you enjoyed my list! If you have another book in thought, please comment about it. I would love to hear your recommendations and maybe include them in my next list!

5 Books That Guarantee to Take You Back in Time