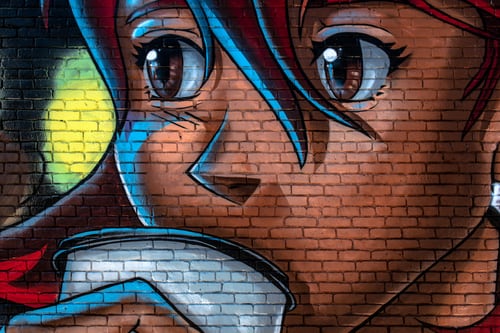 Looking for some anime and have a Netflix account?

Netflix has some good, bad, and ugly anime. I have become an animation slob though, so the quality needs to be good! Here are 13 Great Anime to watch on Netflix 2020 that fit the bill with good animation, great stories, and fun characters.

With the newest season out, this anime is a rollercoaster of fun, adventure, romance, and action. We start by learning of the seven deadly sins as murders who are fugitives with bounty’s on their heads. As the holy knights become corrupt in the city of Liones, Princess Elizabeth searches for these sins who used to serve the crown to help her restore the kingdom despite their past. We meet the sins and their funky personalities and how they are not ordinary humans. Most aren’t even human at all.

A fun romantic anime following a girl who is the student body president in a predominately male school, who works as a maid in a restaurant secretly. She meets a guy at school who peaks his interest and follows her to her work one day where he finds out her little embarrasing secret. She needs her secret kept and the boy is only interested in her, but is she interested in him?

The whole series isn’t on Netflix, but it definitely gives you enough to have a taste of one of the greatest animes to walk the Earth! It’s about a girl who wants to become a member of one of the greatest wizard guilds, Fairy Tail. We follow the stories of the guild and their struggles to become to the best they can ever be and lift others to do the same. Watching this anime has definitely brought inspiration to my life!

Following two brothers who have practically lost everything, include a body and body parts, we are thrown into a world of alchemy and politics. The Elric brother, Ed and Al, are two young alchemists who have seen hell and back of what equivalent exchange can do to those who try the ultimate taboo. Trying to bring someone back from the dead. Paying the price with a body, an arm, and a leg the brothers are striving to get back to their original bodies. The two brothers decide to become dogs of the military to get better access to information only the military holds about a philosophers stone. The only lead they have to getting their bodies back.

Have you ever been rich with too much time on your hands? These gentlemen have. And the poor Haruhi is abou to find out who much time these rich people have and the forever flowing money in their pockets. She accidentally breaks a priceless vase and now has to work for these high schoolers in her school to pay off what she owes. Frienship and romance are in the air at Ouran High School Host Club.

Season two is out now!! This anime follows the sons of Satan and their capabilities to control the dark power within them. One twin has been an exorcist training to help his brother who has been cursed with the majority of Satan’s power. The other twin has been living life carefree and in ignorance of his true heritage. Learning of his power in unexpected circumstances, the twins are now in the exorcism school where one is teacher and the other student! Watch as they learn the ways of trying to become the best the can be despite their father. Anime to watch

I just binged this season in one day because it was so intense and so good I couldn’t put my phone down. This series follows a boy who can go back in time just a few moments to stop a tragedy from happening, calling it Revival. Someone close to him ends up dying and to fix this murder, that he is now framed for, his powers of Revival take him back to when he was just about to turn 11 years old. Not only does he solve the future murder but other past murders as well. Anime to watch

This will keep you on your toes and make you want more!

The Devil is a Part-Timer!

In the alternate universe in Ente Isla, Satan and his band of Demons are taking over, unless the blessed hero can save them! However in a critical moment, Satan, some of his demons and the hero are thrust into the Earth realm where they have to learn the ways of humans and get part-time jobs to survive while trying to find a way home. It’s comedic with action and romance doubled in! Anime to watch

If you want an action packed tear jerker then this show is for you. We watch a group of kids, who are stuck in limbo, fight there way to salvation. These aren’t just a normal group of kids. They have unfinished business on Earth and haven’t felt complete since dying. Needing to overcome there trials from Earth to move on, we watch as they discover the path to fulfilling their deepest goals. Anime to watch

You ever wanted to end a fight in just one punch? This is about a man who trains to do just that after losing a fight and proclaiming he will be a hero one day. Due to his amazing strength, the villains who have crossed his path have bored him. One punch man is looking for the opponent to test him and give him the fight he so desperately wants. This is a very intense anime and the first episode leaves you wanting more!

Romance is in the air. Or is it? Toradora explores the lives of two teenagers, who discover that they actually live next to each other, and their ways to find love. The two kids are madly in love with the other’s best friends. So they strike a bargain to help each other out. But as they spend time together, is it really the other friends or each other that they want? Watch to find out! Anime to watch

Magi and The Adventures of Sinbad

Now this is a double feature. We have The Adventures of Sinbad, then we have Magi. The Adventures of Sinbad, following Sinbad and his quest to create peace and become a strong dungeon capturer, or King’s Candidate. In Magi, we follow a little boy magi who is figuring out his way in life as he meets people he could spend his time with and become their friend. We soon meet Sinbad in Magi and see where he has ended up as a powerful man. This is a very fun series and full of so many twists and turns! Anime to watch

I recently just started this anime and it starts off with a happy message and then gets dark fast. We follow a boy who comes to the city to make a fortune for his village and we soon learn of the corruption in the kingdom and the evil people who are running it from behind the scenes. The intrigue and fighting are awesome!

15 Best Inspirational Movies to Motivate You In 2020