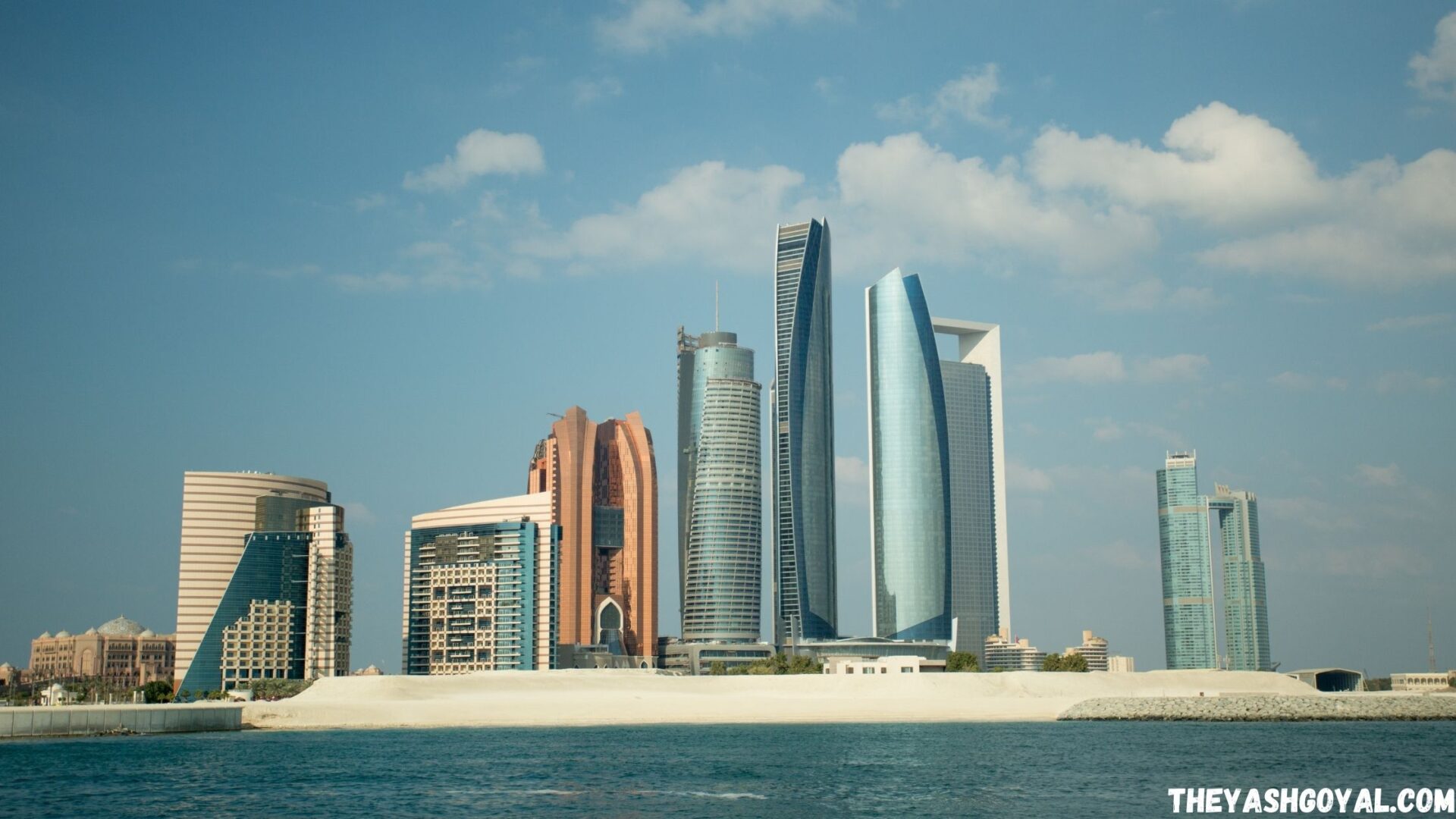 10 Best Things to do in Abu Dhabi

by Neha Singh Published: January 1, 2021Last Updated on May 22, 2022
3
FacebookTwitterPinterestLinkedinWhatsappTelegramEmail

There is more to UAE than its massively popular and ever pulsating city of Dubai. This includes its often-overlooked capital city, Abu Dhabi which is also the largest of all seven emirates in the country. Only two hours’ drive away from Dubai, Abu Dhabi is surprisingly cultured, sophisticated, and serene where you can opt to do as much as or as little as you desire. But if you don’t know or confused where to start, come take a look at some of the top things to do in Abu Dhabi.

1. Take in the architectural grandeur of Sheikh Zayed Mosque

Abu Dhabi boasts of one of the most extravagant and stunning religious landmarks in all of the UAE. Step into the Grand Mosque or Sheikh Zayed Mosque to see it for yourself!  But an entry here is not just restricted to Muslims; people from all religious beliefs and all walks of life are welcome here.

So make sure that you add this in your Abu Dhabi bucketlist and check it off too; it’s a place of sheer white splendor and tranquility, all surrounded by crowns, columns, minarets, intricate architectural details, and elegant features that grace its sprawling interiors. Chandeliers weighing over 12 tonnes and largest of its hand-knotted carpet found in its main prayer hall are just a few to mention. And the best part is that you don’t have to pay nothing to experience it all.

2. Get Wild at Yas Island

Whatever your idea about adventure, amusement or thrill is, Yas Island captures it all and return it you in spades. One of the favorite of those who adore fast-paced action and fun is Ferrari World Theme Park.  True to your speculation, this theme park is devoted to one of the world’s most loved automotive brands (Ferrari) and is rightly the first of its kind in the world.

For more fun and excitement (revolved around your beloved cartoon characters or superheroes), take to Warner Bros Abu Dhabi. You can further visit the amazing Yas Water World and CLYMB Abu Dhabi with the world’s largest skydiving flight chamber and the tallest climbing wall. There is even KidZania Abu Dhabi – an exclusive attraction for your kids from 4 to 16 years.

3. Admire the city skyline at its finest

For this, head straight to the Observation Deck at 300! Abu Dhabi boasts of a well-planned cityscape with a wealth of contemporary and stylish architecture. And perhaps one of the best vantage points in the city to absorb all is to visit this observation deck in the second tower of Jumeirah at Etihad Towers, at its 74th level.  It gives you an overview of the urbanscape along with the marvelous views of coastline of Persian Gulf and Corniche areas. There is also a café here which is greatly favored for its sumptuous afternoon tea complete with richly blended coffee, tea, and other treats.

No Abu Dhabi or UAE trip (as a whole) is possibly complete without a glance into its consummate desert landscape. So take a desert safari which is nothing but a quick drive out of the city’s flashy side. But what makes it worth taking and of course remembering (in the days to come) is its raw compelling serenity and mostly many desert-exclusive activities which you won’t get to experience anywhere else.

Enjoy dune bash in a 4X4 vehicle, ride a camel, maneuver a quad bike, and be part of many activities and experiences that recall the region’s ancient Bedouin past, such as Shisha smoking, falconry, henna tattooing etc. BBQ dinner and cultural entertainment like Tanura and Belly Dance show are included in evening desert safaris.

5. Tour Qasr Al Hosn to Relive the Region’s Traditional Past

For a generous dose of the region’s culture and history, no other historic sites in the city possibly do justice as Qasr Al Hosn. Dating back to over 230 years, it’s the oldest heritage landmark in the region. Throughout its history, it slipped into various roles, from a defense structure and then a royal residence of the ruling Nahyan Family to the seat of government.

It’s now turned into a museum with several intriguing displays that trace back to 6000 BC. You’ll get to discover a stone watchtower which is also the oldest structure in the complex and further experience its diverse segments such as the House of Artisans, the Cultural Foundation, and the Bait Al Gahwa – one of the ultimate attractions to know everything about Arabic coffee and its elaborate preparation.

6. Immerse in the action and energy at the Abu Dhabi Corniche

Stretching across Abu Dhabi’s northwestern area, the waterfront attraction of Corniche is a hub of recreation and entertainment in the heart of the city. Locals, tourists and residents alike frequent here in every season to kick back in its shaded seating facing the Arabian Gulf and make the most its cycling tracks, kids’ play areas, football pitches, and volleyball courts, among many others. You can take to its water by setting out on a speed boat cruise or via renting a jet ski; this lets you take in the skyline that encircles the Corniche area from a refreshing standpoint.

7. Go on a Mangrove Kayaking Tour

Given the region’s suave identity, most visitors to Abu Dhabi believe that the only way to admire nature is via going far afield. But those who have already been to Mangrove National Park are aware that this isn’t true. All it takes to be in the midst of this unspoiled stretch of natural beauty and serenity in Abu Dhabi is just 10 to 15 minutes’ drive from the city centre. Interestingly, this protected land of astonishing biodiversity comprises majority of the UAE’s overall mangrove forests, making it a haven for nature lovers, bird watchers, and  kayaking enthusiasts to name a few.

8. Take in the classic masterworks at Louvre Abu Dhabi Museum

Broadly recognized as the Arabian world’s first universal museum, this museum on Saadiyat Island’s Saadiyat Cultural District is a veritable space to check out some of the world’s most iconic arts and artworks.  Deftly fusing French allure with rich Arabian heritage, it features masterworks (starting from the pre-historic to the most modern era) across its permanent and temporary galleries. More than its brilliant displays, it’s effortlessly outstanding for its intricate yet enormously majestic architecture topped off by a giant shiny dome which creates an illusion of floating above water.

Also Read – List of Things To Avoid This New Year 2021

9. See the mix of old and new on a city sightseeing tour

If you’ve only limited time in Abu Dhabi and want to wrap up as much as in your sightseeing program, it’s wise to get the help of a reliable service provider who introduces you to the city’s wealth of culture, nature, history and modernity with an expert tour guide in tow. This mostly covers all Abu Dhabi things to do as it journeys you through the city’s main attractions and sights including Qasr Al Watan, Heritage Village, Abu Dhabi Falcon Hospital, Emirates Park Zoo, and Umm Al Emarat Park.

Did you know that Abu Dhabi is an archipelagic destination with a cluster of 200 plus islands? You’ll be now already aware of Yas Island and Saadiyat Island. But if you’ve enough time, venture out to its other breathtaking islands like Sir Bani Yas Island which is famed for its Arabian Wildlife Park; Dalma Island with the country’s oldest settlement, and Zaya Nurai Island – a favorite of those who want to experience luxury without stretching their wallet much.

Abu Dhabi is truly a gem of a place which blends leisure, dining, shopping and entertainment all the while preserving its natural treasures and unpretentious historical roots. So be sure to visit Abu Dhabi; we guarantee that you’ll have an invigoratingly delightful Arabian holiday.

Neha is a travel blogger by profession and also an avid photographer. In her spare time, she loves spending time with her family, binge watching various series on Netflix, and painting.