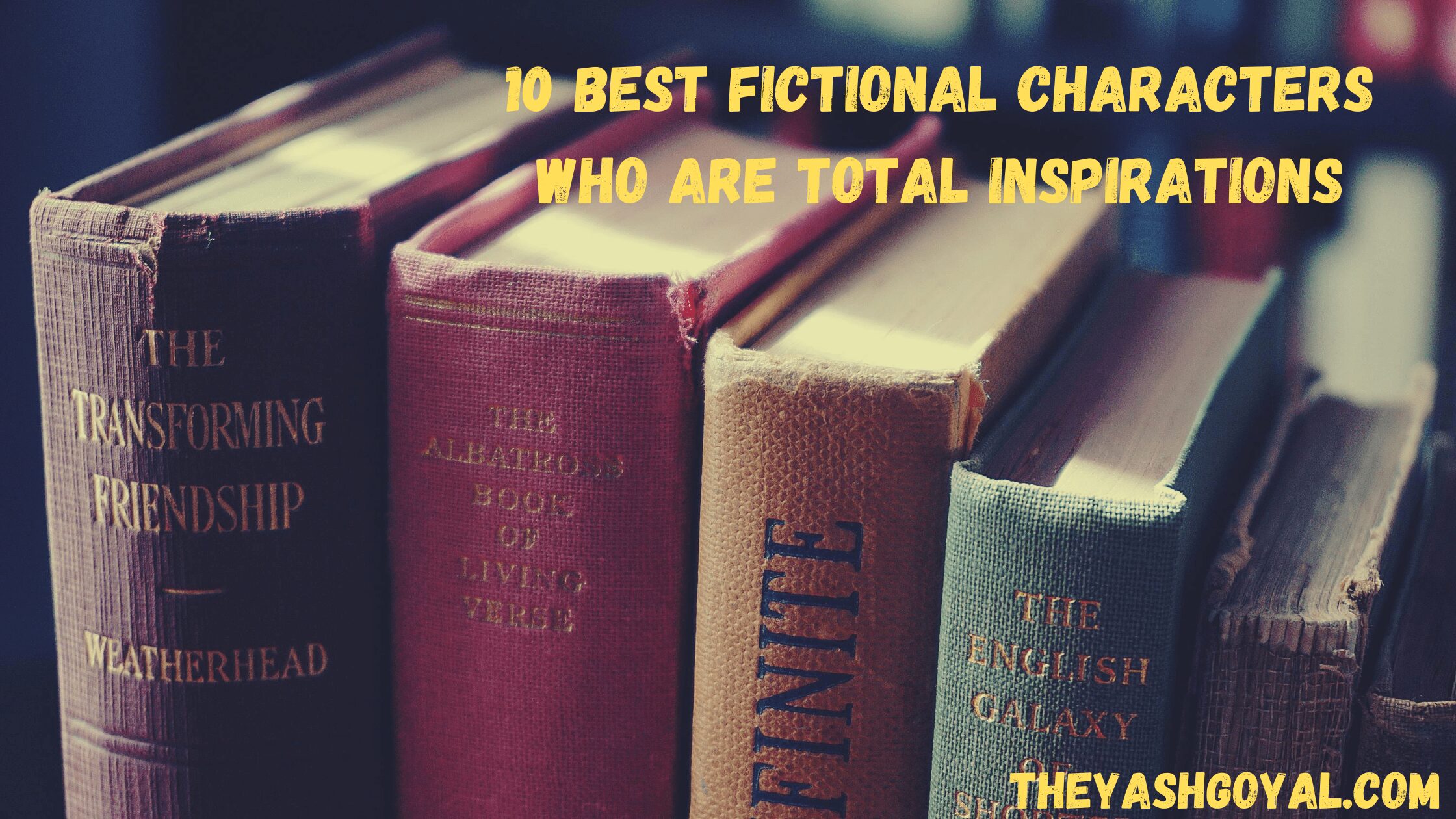 Sometimes there comes a moment in a book where the character we’ve been following does something that hits us right in the gut.These moments elevate these characters to real-life inspirations. There have been a number of these characters over the years, and here are 10 Best fictional characters who are total inspirations

The Perks of Being a Wallflower

It’s rare to find a character as raw and genuine as Charlie. Throughout this coming-of-age novel, this high schooler is put through the wringer and still comes out the other side just as hopeful. There are quite a few lessons to be learned from Charlie, and he definitely deserves a spot on our list.READ MORE

Offred from The Handmaid’s Tale by Margaret Atwood

It takes a special kind of strong-willed person to survive and hold on to hope in the dystopian society depicted in Margaret Atwood’s acclaimed novel. Forced to bear children for a higher-up in the Republic of Gilead, Offred refuses to let her situation lock her down. She continues to fight for her freedom, and that’s an important lesson.READ MORE

Tyrion Lannister from the A Song of Ice and Fire series by George R. R. Martin

As is said in the series, “ofttimes a very small man can cast a very large shadow.” Tyrion epitomizes not letting the hand dealt to you in life drag you down. A dwarf born to the Lannister family, he relies on his wits and has built a reputation while staying true to himself. As he so brilliantly puts it, “Never forget what you are. The rest of the world will not. Wear it like armor, and it can never be used to hurt you.”READ MORE

When we are first introduced to this pint-sized genius, Matilda is living with her sleazy, self-absorbed parents who barely pay any attention to her. Still, she finds her inner courage through her love of books and uses her knowledge and telekinetic abilities to help people. Her selflessness and hope for a better life make her easy to root for.READ MORE

Wonder tells the story of Auggie Pullman, a ten-year-old boy living with a facial difference. Attending school, he faces bullies and further adversities, but he never allows what happens dampen his optimism. As a result, Auggie is a perfect role model for young children.READ MORE

Harry Potter and the Sorcerer’s Stone

While the Harry Potter series is full of traditional heroes, when we first meet Neville, he stands out for being pretty much anything but: he’s timid, easily frightened, and always forgets the password to the Gryffindor tower. However, as the books progress, he grows into a truly remarkable character. By the time the final book comes around, his courage knows no bounds, and he proves that anyone can be special.READ MORE

Atticus Finch from To Kill a Mockingbird by Harper Lee

To Kill a Mockingbird

This list would be incomplete without Mr. Finch. A main character in Harper Lee’s classic, Atticus stands up for what he thinks is right, no matter what other people may say about him. His perseverance, strength, and courage, all while maintaining his dignity and stiff upper-lip, make him a role model everyone can aspire to be like.READ MORE

Lyra Belacqua from The Golden Compass by Philip Pullman

Lyra is a strong-willed young girl who finds herself traveling north to solve the mysterious disappearances of children from her hometown of Oxford. Lyra inspires a sense of adventure and wonder in readers, and is someone all children can look up to.READ MORE

Starr Carter from The Hate U Give by Angie Thomas

The Hate U Give

The Hate U Give follows Starr, a sixteen-year-old African American girl who decides to stand up and make her voice heard after witnessing the fatal shooting of her childhood best friend at the hands of a police officer. The story is emotional and thought-provoking, but it’s Starr who hits readers hardest. Her determination to fight for what is right make her an inspiration.READ MORE

In Dear Martin, which boldly tackles American race relations, Justyce grapples with identity and belonging, and forces readers to really think about how we view and treat each other. He stands up for the people he cares about, and is definitely fit to be looked up to by readers.READ MORE

Which literary character are you most inspired by? Let us know in the comments!

Safest places to visit in India during COVID-19

5 Books That Guarantee to Take You Back...

5 Books That Guarantee to Take...

How to Benefit by Having a...